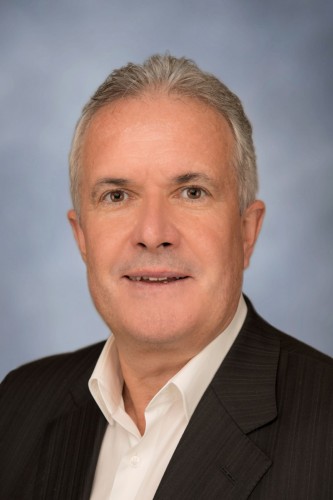 “I am thrilled to have Richard join One&Only Resorts and build on the continued success of One&Only Cape Town,” commented Philippe Zuber, President, Chief Operating Officer, One&Only Resorts. “His focus on mentorship and team development make him perfect for this role. The leadership he has provided in this area is in line with our ethos of developing committed, passionate people. I know he will provide excellent guidance to the team to ensure continued service excellence and innovation.”

Mr. Lyon joins One&Only with over 40 years’ experience in the hospitality industry, including key positions at Virgin Active, The Landings in St. Lucia, Marriott International, as well as his own hospitality consultancy business. He started his career in the Management Operations Training Programme at the Savoy Hotel Group, spending extensive time at both The Savoy in London and Hotel de Crillon in Paris. From there, he was the Sales and Marketing Director for two hotels in Riyadh, Kingdom of Saudi Arabia for Swiss International Hotels, globally positioning the brand which went on to establish over 100 hotels.

In 1981, Mr. Lyon joined Marriott International, the beginning of a career that would span over 25 years. He consistently increased guest and employee satisfaction. The hotels under his leadership won a number of awards, including Top Five Business Hotels in London (Conde Nast Traveller), Best Business Hotel (Business Traveller Magazine), Best New Spa in Asia for Quan Mumbai (Spa Magazine) and Marriott Hotel of the Year.

As Managing Director of The Landings in St. Lucia, Mr. Lyon was responsible for the successful opening of the luxury apartments of the resort. This role saw him dealing with construction and development, owner management and operations of the luxury resort. In addition, Mr. Lyon developed the team to ensure outstanding product and service.

Following his noteworthy career at Marriott, Mr. Lyon set-up his own Consultancy, providing management services for the hospitality industry.

Mr. Lyon then joined Virgin Active in South Africa as People Director. A member of the Executive Committee, he was responsible for all Human Resources, Training and Development, and Corporate Social Responsibility.

In the role, Mr. Lyon was the leader in taking the business to become the winner of Deloitte’s “Best Company to Work For” in the large business category in 2012.