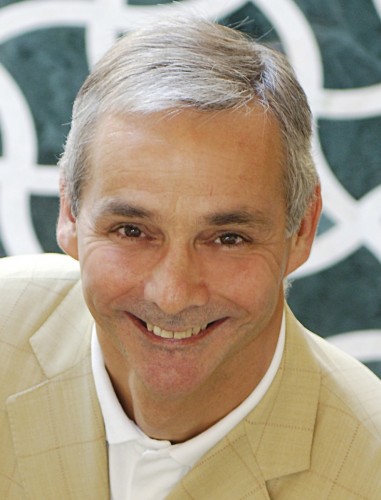 Olivier Louis, Managing Director One& Only Royal Mirage and One&Only The Palm

Associated for the past fifteen years with Kerzner International; a leading international developer and operator of destination resorts and luxury hotels which include Atlantis and One&Only resorts, the ebullient French man, Olivier P. Louis, has from the initial concept stage, overseen the development and management of the company’s first property in Dubai, The Palace at One&Only Royal Mirage, back in 1998.

Owned by the Dubai Ruling Family, the resort quickly established itself as one of Dubai’s most stylish beach resorts. In 2002, Mr. Louis recommended extending One&Only Royal Mirage by adding two equally impressive and distinctive properties, respectively the Arabian Court and Residence & Spa, which he has been managing ever since.

The resort has received numerous international awards from prestigious publications and travel trade representatives. In recognition of his exceptional leadership and passion for hospitality, Mr. Louis was named ‘Middle East’s General Manager of the Year’ in 2006. In addition, he spearheaded the development of another One&Only resort in Dubai; One&Only The Palm, which welcomed its first guests on 10 November 2010. With 90 keys and four private beachfront villas, featuring unique architecture and integrate design combined with outstanding product standards and services, it has become Dubai’s most intimate beach resort.

“I am privileged to have such a long lasting relationship with Kerzner International. The Company’s vision in creating distinctive and unique properties is recognised worldwide and furthermore, with the Dubai Ruling Family who provides us with unconditional support throughout the years,” comments Mr. Louis. “Such associations allow us to offer to our guests exceptional resort facilities within stunning architecture and to deliver the legendary hospitality which One&Only and Dubai have become so famous for.”

Mr. Louis’ career spans 30 years of impressive hospitality management positions and reads like a world tour, from locations like his native Paris, France to Houston, Texas; New York; Newport Beach, California; London, UK; Phuket, Thailand; Nassau in The Bahamas and prior to Dubai, three years in Mauritius, with Kerzner International.

“Dubai is exciting,” Mr. Louis says. “What better destination to combine commerce and leisure? Dubai is full of ambition with a restless desire to succeed within an ever challenging world environment - a treasure chest for professionals and visitors alike.”

Olivier P. Louis resides in Dubai with his wife and two children.