Tiësto And Tate McRae Partner With Atlantis The Royal For New Single "10:35"
First-Look Images Of Atlantis The Royal, Dubai’s Newest Icon Are Released, As 2023 Bookings Open For The Ultra-Luxury Resort
Dubai’s Atlantis Aquaventure Officially Breaks The Guinness World Records™ Title For The Most Waterslides In A Waterpark
International Pop Superstar Kylie Minogue Is Announced As The Headline Act At Atlantis, The Palm’s Legendary NYE Gala Dinner Under The Stars
Hakkasan And Ossiano Are Bestowed One Star In The First-Ever Michelin Guide Dubai
To Mark The One Year Anniversary Of Atlantis Atlas Project This World Oceans Day, Atlantis Dubai Announces $500,000 Worth Of Green Investments

Set to open in Q4 2023, the region's leading culinary destination will be home to two new concepts helmed by the Frantzén Group–Studio Frantzén and a fine dining concept inspired by both three-Michelin star restaurants, Frantzén in Stockholm and Zén in Sin 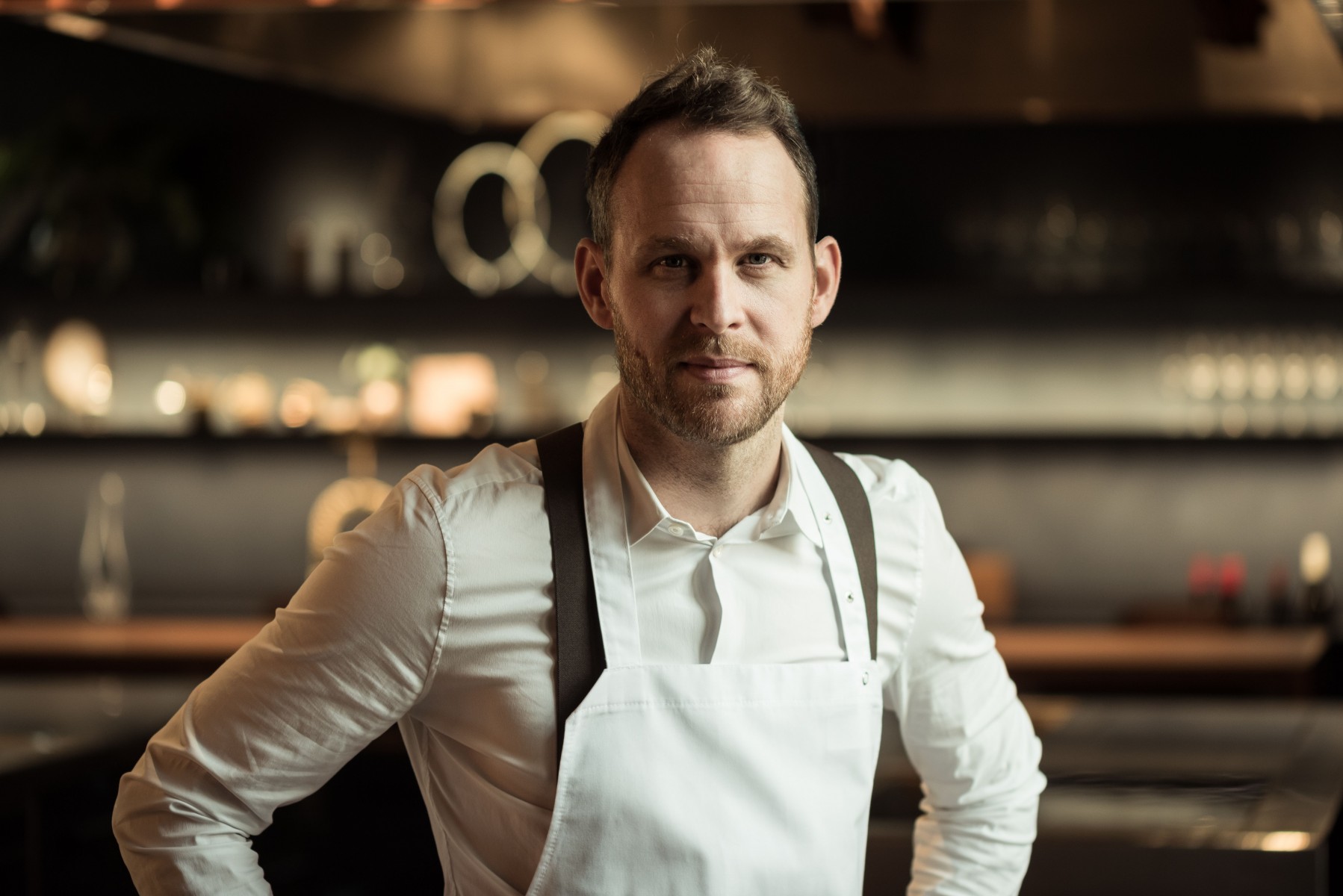 Committed to introducing culinary excellence to the region, Atlantis, The Palm will build on its legacy by joining forces with one of the world's most celebrated chefs, Björn Frantzén, to introduce two new concepts to the region in Q4, 2023. Set to further enhance the city's reputation as a world-class dining destination, Atlantis will be home to Studio Frantzén, as well as a fine dining concept and the sibling to both three-Michelin star restaurants, Frantzén in Stockholm and Zén in Singapore.

Presenting two of the Frantzén Group’s world-class concepts inside one venue, Studio Frantzén, will serve highlights of Chef Frantzén's critically acclaimed Nordic gastronomy in a non-pretentious and immersive setting. Set inside Studio Frantzén, will be the more intimate, fine dining restaurant, a sibling of Stockholm's famous three Michelin star concept, that currently ranks No.25 in The World's 50 Best Restaurants list. Featuring a hybrid of Nordic cuisine with Asian notes, diners can expect the intimate experience and refined presentation that both Frantzén in Stockholm and Zén in Singapore are known and celebrated for.

Seating up to 220 guests and set in a luxurious and contemporary interpretation of Scandinavian design, Studio Frantzén, will welcome diners for a relaxed but immersive culinary experience, with a service style that is always present, but never pretentious. The lively bar and buzzing dining area will feature a unique cocktail programme, featuring beverages and spirits made with premium Nordic ingredients. The restaurant will also feature intimate booths, a private dining area, and space at the kitchen counter, promising a front-row seat to culinary excellence. While Studio Frantzén offers a more relaxed experience, the concept will bear all the hallmarks of the chef's world-renowned style: distinctive flavours and preparations – with texturised, refined cooking, emphasising pure ingredients.

Within Studio Frantzén, guests can enter the world renowned and famed fine dining Frantzén concept experience. Designed to replicate an intimate living room, upon arrival, guests are whisked up to an elegant rooftop orangery, housed in a brand-new structure, which overlooks the glittering Dubai skyline. There guests will be invited to enjoy an aperitif, while the day's luxurious ingredients are explained. They will then return to an elegant and intimate lobby dining room, home to just 25 seats, where the charming service team and chefs will guide guests through each creative, perfectly executed and remarkable dish. With recipes described as Nordic informed by Japanese kaiseki sensibilities with a spritz of French technique, dishes may include the likes of Crudo of scallop with salted Tokyo turnip, king crab grilled over birch embers with "hot sauce" and spice roasted fallow deer with blood orange, and foie gras butter. Dishes will be paired with an extensive selection of wine and Grand Cru’s with over 1,500 labels available.

Timothy Kelly, Executive Vice President and Managing Director of Atlantis Dubai, comments "We are delighted to add Björn Frantzén and the Frantzén Group to our incredible collection of world-class chef led restaurants at Atlantis Dubai. The addition of Studio Frantzén and a fine dining concept inspired by both three-Michelin star restaurants, Frantzén in Stockholm and Zén in Singapore will really be the pinnacle to our food and beverage programme, which is unrivalled to any other destination in the world. This year alone we saw both Ossiano and Hakkasan Dubai receive Michelin stars, and next year in January, we will introduce our world-class collection of chef-led restaurants at Atlantis The Royal”.

Björn Frantzén comments “Following the arrival of Michelin into Dubai in 2021, I cannot think of a better time to introduce our concepts to the region. We are both proud and excited to bring our gastronomy to the ever-evolving food scene of Dubai, and there is no better place for us to showcase our immersive dining experience than the culinary destination, Atlantis Dubai”.

In recent years, Atlantis, The Palm has built an outstanding reputation as the region's leading culinary destination. Having won several Michelin stars and Gault&Millau toques in the past year and welcoming some of the world's leading chefs for culinary collaborations across Ossiano and Hakkasan, the resort is on a trajectory to becoming a global leader in the culinary space. Along with Bjorn Frantzén, in 2023, Atlantis Dubai will also welcome world-class concepts from José Andrés, Costas Spiliadis, Ariana Bundy and Heston Blumenthal, who will bring his Michelin star concept Dinner to Dubai, along with a debut bar concept called Resonance. Studio Frantzén and the Frantzénconcept will take the space of Nobu, which will be moving to the space formally home to The Royal Bridge Suite in January 2023. Featuring a sake bar and cigar lounge, the new Nobu will be the largest   space for the brand in the world, featuring soaring views of The Palm and Arabian Ocean from the 21st floor of the resort.

Chef Frantzén instantly shook up the culinary scene in Scandinavia with the opening of his restaurant Frantzén in 2008. The restaurant was awarded its first Michelin star just one year later and has gone from strength to strength ever since, currently holding three Michelin stars and listed as the 25th best restaurant in the World on the World's 50 Best List. He made his first foray into Asia with the opening of Frantzén's sister restaurant Zén in Singapore, offering a similar dining experience to Frantzén, where diners travel around a traditional Singaporean shophouse throughout the meal. In a true testament to Chef Frantzén's trailblazing gastronomy, he is currently ranked number two in The Best Chef Awards Top 100 list. Most recently, he announced his expansion into the UK with the launch of his first Studio Frantzén concept, which is set to open on the rooftop of the world's leading, luxury department store Harrods, in London later this year.

Studio Frantzén and sibling to Frantzén in Stockholm and Zén in Singapore are set to open at Atlantis, The Palm in Q4, 2023. Stay tuned @atlantisthepalm.

Located at the centre of the crescent of The Palm in Dubai, Atlantis, The Palm is the first entertainment resort destination in the region. Opened in September 2008, the unique ocean-themed resort features a variety of marine and entertainment attractions, as well as 22 hectares of waterpark amusement at Atlantis Aquaventure, all within a 46-hectare site. It is home to one of the biggest waterparks in the world and one of the largest open-air marine habitats, with more than 65,000 marine animals in lagoons and displays including The Lost Chambers Aquarium, a maze of underwater corridors and passageways providing a journey through ancient Atlantis. Aquaventure Waterpark features 23.5 million litres of fresh water used to power 105 thrilling waterslides and attractions, including several world record-breaking slides, and two river rides featuring tidal waves and pools, water rapids and white-water chargers. Dolphin Bay, the unparalleled dolphin conservation and education habitat, and Sea Lion Point were created to provide guests with a once in a lifetime opportunity to learn more about some of nature’s most friendly mammals. The resort boasts an impressive collection of luxury boutiques and shops as well as extensive meeting and convention facilities. Atlantis, The Palm is also known as the culinary destination in the region where guests can take their pick from a collection of 35 world-renowned restaurants including the one Michelin star rated Hakkasan and Ossiano, as well as celebrity chef outposts Bread Street Kitchen & Bar by Gordon Ramsay and Nobu. Atlantis is also home to a buzzing nightlife scene with entertainment destination Wavehouse offering something for everyone, while WHITE Beach is the perfect place to unwind with a drink as the sun slips into the Arabian Sea.