Hakkasan And Ossiano Are Bestowed One Star In The First-Ever Michelin Guide Dubai
To Mark The One Year Anniversary Of Atlantis Atlas Project This World Oceans Day, Atlantis Dubai Announces $500,000 Worth Of Green Investments
Atlantis The Royal: The Resort
Atlantis, The Palm Named Four-Star Hotel In Forbes Travel Guide’s 2022 Star Awards
Atlantis, The Palm: The Resort
White Beach At Atlantis, The Palm Joins The Global Ranks Of World-Class Entertainment Experiences By Partnering With Fellow Event Powerhouse The Night League To Bring Palmarama To Dubai 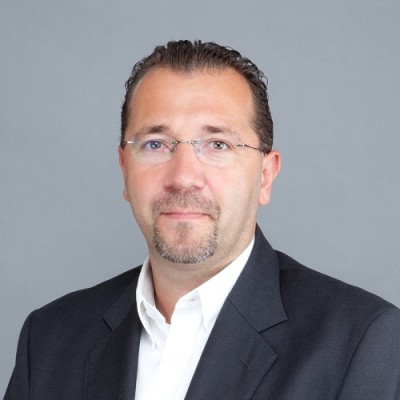 Heiko Schreiner, Managing Director of Atlantis Sanya has led a highly-respected career in the hospitality industry spanning over 20 years. In his current role, he will oversee resort operations and lead the business plan roll out across various resort departments, to ensure a highly successful opening.

Atlantis Sanya is China’s premiere underwater inspired entertainment resort destination located in Haitang Bay, Sanya, Hainan province. This ocean-themed development occupies a space of 300,000 square metres and has 1,314 guestrooms and suites. It features a variety of marine and entertainment attractions, including the 85,000-square metre Aquaventure Waterpark and 86,000 sea creatures in lagoons, and displays at The Lost Chambers Aquarium, which use more than 13.5 million litres of sea water. The resort is also home to a 1,800-seater theatre at Dolphin Cay, state-of-the-art marine protection and conservation facilities, and a Sea Lion Point. The resort also offers a wide range of dining options with 21 restaurants, lounges, bars, and cafes. Atlantis Sanya has won several awards to date including ‘The Best Landmark Resort Brand’ awarded by City Traveler, ‘Most Anticipated Resort in China’ awarded by World Traveler, ‘Most Anticipated Hotel 2016-2017’ and ‘Best Anticipated Newly Opening Award of The Best D.E.S.I.G.N. Hotels’ awarded by The Bund.

Schreiner joined Atlantis, The Palm in Dubai in April 2010 as Senior Vice President, Food & Beverage and was promoted two years later to Senior Vice President, Resort Operations. In this role, he was responsible for resort operations as well asoverseeing the leadership of eight key business units; Food & Beverage, Banqueting & Special Events, Aquaventure Waterpark, Dolphin Bay, Sealion Point, The Lost Chambers Aquarium, ShuiQi Spa and Guest Activities; leading 1500 employees across the resort. Schreiner has actively been involved as a key member of the executive management team, contributing greatly to the development and strategic growth of Atlantis, The Palm. Schreiner has led the development of over 20 key projects at Atlantis including the introduction of 10 new dining concepts which have won numerous awards throughout the Middle East, the multimillion-dollar extension of Aquaventure Waterpark with the building of a new tower to drive an incremental capacity of 4000 guests per day and the construction and development of the famous Asateer Tent, which has a 2,000 seating capacity and is host to annual Ramadan festivities.

Schreiner began his career in food and beverage as a chef’s apprentice and waiter in 1987. Through his hard work, dedication and studies of Business Economics, he worked his way up through the industry, becoming an award-winning Chef in his native Germany. Prior to joining the Atlantis team, he worked with Jumeirah Hospitality, opening destinations including Madinat Jumeirah in Dubai.

Schreiner is a German national and currently resides in Sanya, Hainan Island.